How To Survive This Storm Featured 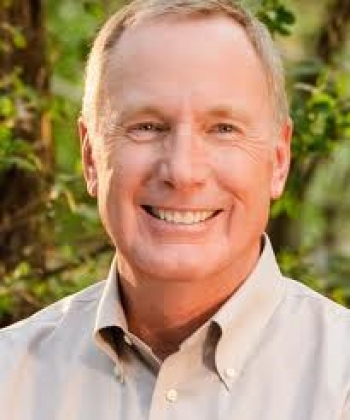 Max Lucado is a preacher with a storyteller’s gift—a pastor’s heart and a poet’s pen.

Max’s sermons begin at home with the congregation at Oak Hills Church, which he has led for more than two decades. It is in this setting that his stories are first told, from a pastor’s heart. Eventually some of these sermons and stories are refined and fashioned into books that are shared far beyond the walls of Oak Hills and the city limits of San Antonio, Texas. Max’s words have traveled around the world in more than 41 languages via more than 100 million individual products. Most of these products are books (82 million), which have now occupied spots on every major national bestseller list. Over the years Max Lucado has been featured in countless national media outlets, dubbed “America’s Pastor” by Reader’s Digest, and even named one of the most influential leaders in social media by The New York Times.

Yet those who know him best will tell you that these accolades and accomplishments aren’t important to Max. His pastor’s heart, which longs to encourage the brokenhearted and to bind up the hurting, moves Max to the next sermon, the next book. His mission is simple—to overflow to others the grace and encouragement which has been lavished on him by God.

Max was born in a small town in West Texas, the youngest son of an oil field mechanic and a nurse. He grew up in church but as a teen took a different road, walking away from his parent’s faith. One starry summer night, after downing a six-pack of beer, Max began to wonder if there wasn’t more to life than parties and chasing pretty girls. Not long afterward, a Bible class at nearby Abilene Christian University stirred his heart again, drawing the young student into the unconditional love of God.

Max left West Texas with a master’s degree in Biblical Studies and a deep desire to share God’s love and mercy with others. When he landed in a small church near Miami, Florida, one of his duties as an associate pastor was to write the weekly church newsletter. It was then he discovered a powerful synergy between his passion for people, pastoral ministry, and writing. It was also in Florida that he discovered a lovely young woman named Denalyn, now his wife of more than 30 years.

Max and Denalyn decided as young marrieds to move to the mission field in Rio de Janeiro to help plant new churches. While in Brazil, Max continued to write, updating friends and family about their ministry and how God was lavishing love on missionaries and Brazilians alike. Eventually Max gathered the newsletters into a manuscript and sent them off to a dozen publishers. Only one said yes.

Max Lucado’s first book, On the Anvil, was published in 1985. 2013 brings the release of Max’s 30th trade book, You’ll Get Through This (September), which beautifully illustrates Lucado’s ongoing mission to encourage the brokenhearted and to remind all readers of the healing love of God.

Max and family moved back to Texas in 1988, and Max has been a minister at Oak Hills Church ever since. Max and Denalyn have three grown daughters, two in ministry, one in publishing, and one son-in-law, also serving in ministry. February 2013

How To Survive This Storm

On January 12, 1888, a blizzard roared out of the skies of Canada and fell upon the Northern Plains of the United States. People of Montana, the Dakotas, and Nebraska felt the temperature drop 18 degrees in just three minutes. It kept falling, the wind kept howling, and the snow kept blowing. And within hours, a relatively warm winter’s day became a frozen siege that took the lives of at least 250 people.  The air was so thick with crystals that people couldn’t breathe. Visibility was so poor that people couldn’t see their hands in front of their faces. Meteorologists call this zero/zero visibility. A person can’t see up or horizontally. As a result, a woman near Sioux Falls froze to death with her key in her hand just steps from her door. A husband and a wife died while walking in circles past each other in their farmyard. Most of the people who died, did so because they simply couldn’t find their way out of the storm.

The ones who survived relied upon bearings and markers to show them the way. Like Mr. Cotton, the schoolteacher, and the two boys Andreas and Johann Graber. They set out from the schoolhouse in the direction of the Graber homestead. The wind laced needles of snow in their eyes. The drifts pulled on their feet. The whiteness covered the roads and trails. Soon they realized they had no idea where to go. Then the air cleared, for just a moment, and they spotted a row of trees. The boys recognized them as the fruit and nut saplings their father had planted. The trees lined a path from their front porch.  If they could move from tree to tree, they would be home.

Maybe that is what you need. The sudden storm has left you blind, disoriented.  Do you need a series of markers to guide you home? Make one. Through the years I have found this question a good one to ask in times of crisis. “What do you still have that no one can take?” Granted, the storms can take much, but they can’t take all. So, right in the midst of the snowstorm, (ER, County Jail, bankruptcy hearing), make your list.

The promise of heaven

A family who cares for me

A God who knows me

God’s word to guide me

Make the list; then, like the boys in the blizzard, let it lead you to a safe place.

Make sure you enter all the required information, indicated by an asterisk (*). HTML code is not allowed. 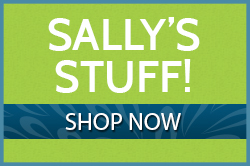 This information was passed along to us; we thought this would be interesting information to post on our website, since we all love a good deal!

In order to receive the Senior Citizen discounts listed below, you have to mention the discount prior to paying.

If you find that some of these locations do not offer the discount any longer, or if you come across a vendor that should be added to the list, please go the “Contact US” Tab on the homepage of the website.  Send us an email, for a vendor to be added or removed. Happy Shopping& Saving! ~ From the staff at Sallycares.com

You are on your way to a Free Consultation!

Fill out the form below and you will be scheduled.

Thank you for stopping by!

Stay with us one more minute.